Some interesting news in Paris: Green Senators have proposed an amendment that could harm the environment, lead to more forest land being lost, and affect poor people in developing countries.

Aline Archimbaud, a Green Senator, has submitted amendments to the Health Law criticizing palm oil. She makes clear that the amendment would like to protect the environment, and also to help solve malnutrition, hunger, and other problems affecting the poor.

Unfortunately, this is clearly an attempt to score an ‘easy’ political point, because the facts are simply wrong. This was also proven by Minister Segolene Royal, after her ill-judged comments against Nutella. I wrote to the Minister at the time, explaining why she was wrong. Minister Royal eventually realized the error of her ways; she accepted that she was wrong on the facts. It looks like I may need to write another letter, to Mme Archimbaud.

Mme Archimbaud thinks that using less palm oil will help the environment? Wrong. Palm oil is the world’s most efficient oilseed crop. It produces far more oils per hectare compared to any other oilseed (10 times more than soybean). Put another way, palm oil uses 10 times less land. So: the Senator’s ideas would lead to more land being cleared, more land being converted from nature into agriculture.

Mme Archimbaud is also very concerned about malnutrition. Palm oil is one of the world’s greatest solutions to malnutrition. It is the main cooking oil – and a key staple of calories – across the developing world. In India, in Africa, in Pakistan, in South-East Asia: people get major energy, vitamins, and nutrients from palm oil. Criticising palm oil without knowing how important it is for people in the developing world is very unwise.

The Malaysian Palm Oil Council has recently launched an education campaign in France, to give consumers some more information on the facts about palm oil. It may be worth Senator Archimbaud taking a look at the website! 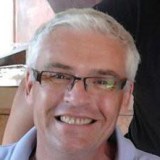